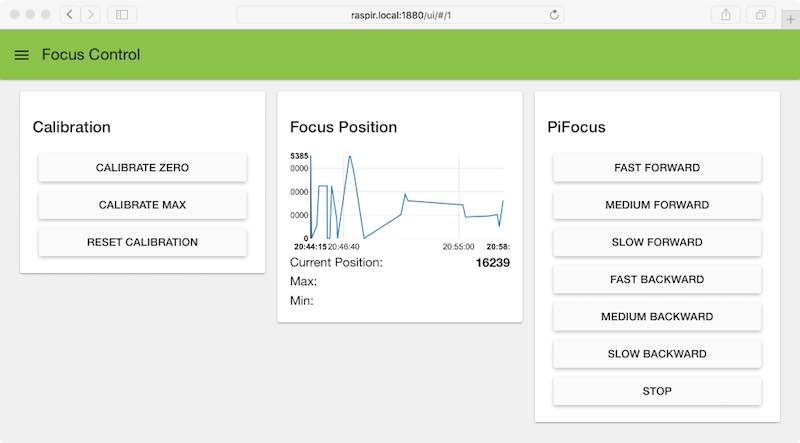 Seeing as it was rainy the other day, I took to my spare parts box and pulled out an old WifI IP Camera that had been drowned previously, control boards fried. Fortunately, it’s 2x stepper motors still worked (24BYJ-48 – you can get them off eBay for next to nothing).

I’d picked up some UL2003 driver boards a while ago with the intention of a play with a Raspberry Pi, so this seemed the perfect project.

Testing the motor control via breadboard…

The Raspberry Pi in question currently sports an Energenie two-way RFM69-based radio transmitter for controlling household sockets etc, and 2x 1-wire temp probes – these are handled by Domoticz, a free open source home automation system for which I wrote a plugin a few months back to allow voice / mobile control via Apple HomeKit protocol & Siri.

Breadboard tests all worked, so got it all soldered up, and fortunately with the quick addition of two pieces of meccano, got it all strapped to my 114EQ OTA via the existing finder scope mounts… et voila!

It’s not the speediest of things at the moment. Still needs some improvement to the “transmission” but it takes 45000 steps of the stepper motor to get from full-in to full-out, so it should be sensitive enough… so here’s the final test – mounted up with the weight of an Opticstar PL131M to give it something to work with:

Rather chuffed if I do say do myself!! Last step is to add virtual switches into Domoticz for Siri-controlled action…!

Am quite happy to share all the code etc if anyone wants it (s’all standard stepper control code kicking about a few raspberry pi sites). Should work on any Raspberry Pi running Jessie with Node-Red, Node-Red-UI & Python 2.7.x installed.

Purchase of a new scope… a Skywatcher Explorer 200PDS. It sports a dual-speed focuser with 1:10 ratio micro adjuster, and is perfect for use with this motor, allowing it to haul and hold the weight of a Canon DSLR with ease. An extra scope-ring (spare from my Skyliner 200P) makes the perfect simple attachment point, utilising the Camera-mount thread on the ring and a bit more meccano. A tie-wrap has since been added to the focus knob just to stop the belt popping off the end during use. 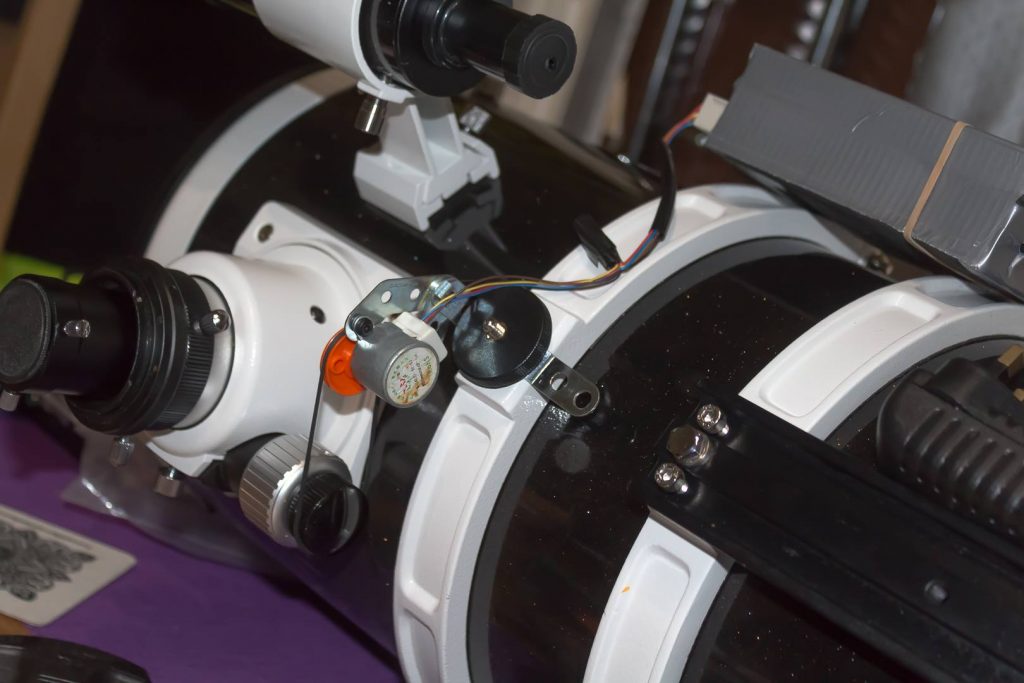 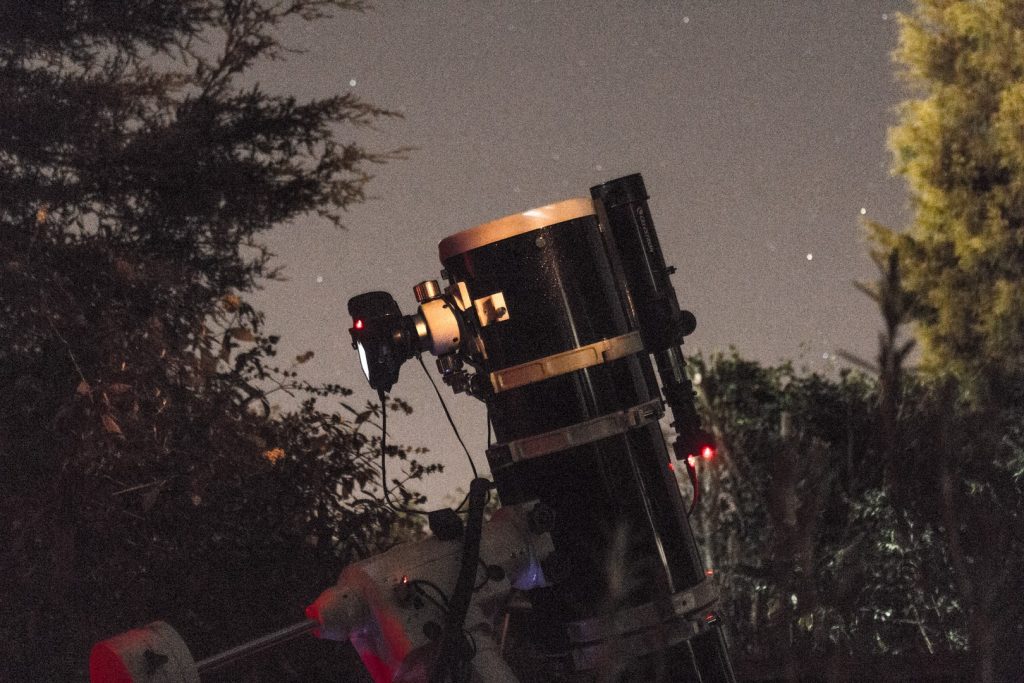